Over Drive Girl 1/6 (anime) (Amazing Stranger, Choukadou Girl 1/6, Chō Kadō Gāru 1/6, 超可動ガール1/6) is the anime adaptation of the Japanese tankōbon manga series by Öyster. It aired from April 6, 2019 to June 22, 2019 having twelve episodes lasting twelve minutes each. The series was animated by Studio A-Cat.

Bouida Haruto, a hardcore otaku with no interest in 3D (real) women, once appreciated figures from afar, accepting that "if you get into them, there's no turning back." However, when Nona, a character he loved from an anime called "Girls→Planetary Investigation" had a figure of her released, he ended up purchasing it. And then that night, the figure of Nona somehow came to life, and a couple-like lifestyle between man and toy began. 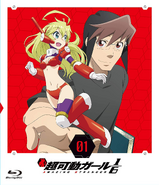 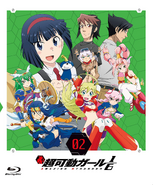 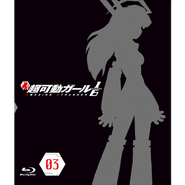 Bluray 3
Add a photo to this gallery

Retrieved from "https://overdrivegirl.fandom.com/wiki/Over_Drive_Girl_1/6_(anime)?oldid=547"
Community content is available under CC-BY-SA unless otherwise noted.